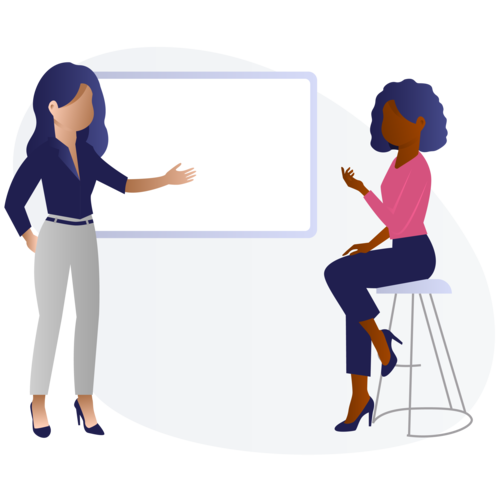 Members of a team, organization, or community will come across numerous opportunities to help move that body forward towards a goal. I believe leadership is not the importance or title of a person in a group, but rather each person’s ability to seize that opportunity. This is contrary to how I was taught leadership growing up. In the classic game “Follow the Leader”, a person is given the “leader” title, and everyone else either has to follow them or be removed from the game. Now, I believe the world is moving towards more distributed forms of leadership, where leaders are born out of opportunity versus picked from the group out of routine.

Data as an Equalizer

I’m a self-proclaimed data enthusiast because data is the great equalizer that can grant almost anyone leadership power. Everyone across an organization can set and track goals, make decisions, and interfere when needed when they have the numbers behind them. This environment is conducive to distributed leadership. Deborah Ancona and Elaine Backman discuss examples of this framework in Distributed Leadership - From Pyramids to Networks: The Changing Leadership Landscape. In traditional “Command and Control” systems, only those in formally defined roles at the top of the hierarchy can exercise leadership. However, In systems with distributed leaders, individuals across all levels are empowered to quickly collaborate, influence upwards, and self-initiate change. By equipping leaders across all levels with data, organizations can be more inclusive, agile, and long-lasting.

It's Bigger than Me

A clear example of how an individual seized an opportunity through data is Janet Stovall and how her self-proclaimed single-mindedness led her to inspire and drive change at Davidson College. While a student, she created and advocated for measurable goals for the college to address the lack of diversity in the student body and faculty. The college later on achieved those goals, regardless of the fact that she herself didn’t hold the formal title of someone who would be typically tasked with this initiative. This story inspired me to create the Active Allyship committee within my LGO program at MIT. My hope wasn’t to create a committee that I could lead and put on my resume. Instead, my goal is to make a difference so that future students benefit from a more diverse and inclusive LGO experience. To be completely honest, it is my highest hope that this committee has no need to exist in 3-5 years.

Perhaps this is a driving purpose behind true leadership. If every leader’s goal was to not be needed after a certain period of time, could organizations be better off? If every team-member felt empowered, would the role of the leader transition from the enforcer to the facilitator? In the next two years and beyond, I want to be remembered as the person who could see a gap, act, empower others to do the same, and move out of the way.

I’m optimistic that in the future, our society will default to referring to leaders using indefinite articles rather than definite; instead of an organization having “the leader”, every- and anyone can essentially be “a leader”. Whenever it was time to play “Follow the Leader” growing up, I preferred to not be chosen to be in the front and instead hoped to be placed in the middle of the line. On one hand, I did not like having to make decisions on what the group would do. On the other hand, I knew that by over-exaggerating the moves, I could help out those behind me who could not see the front of the line and thus reduce the number of people removed from the game. I filled a title-less gap and shared information that allowed more people to participate. That was my way of being a leader.

Thanks for joining our newsletter.
Oops! Something went wrong.